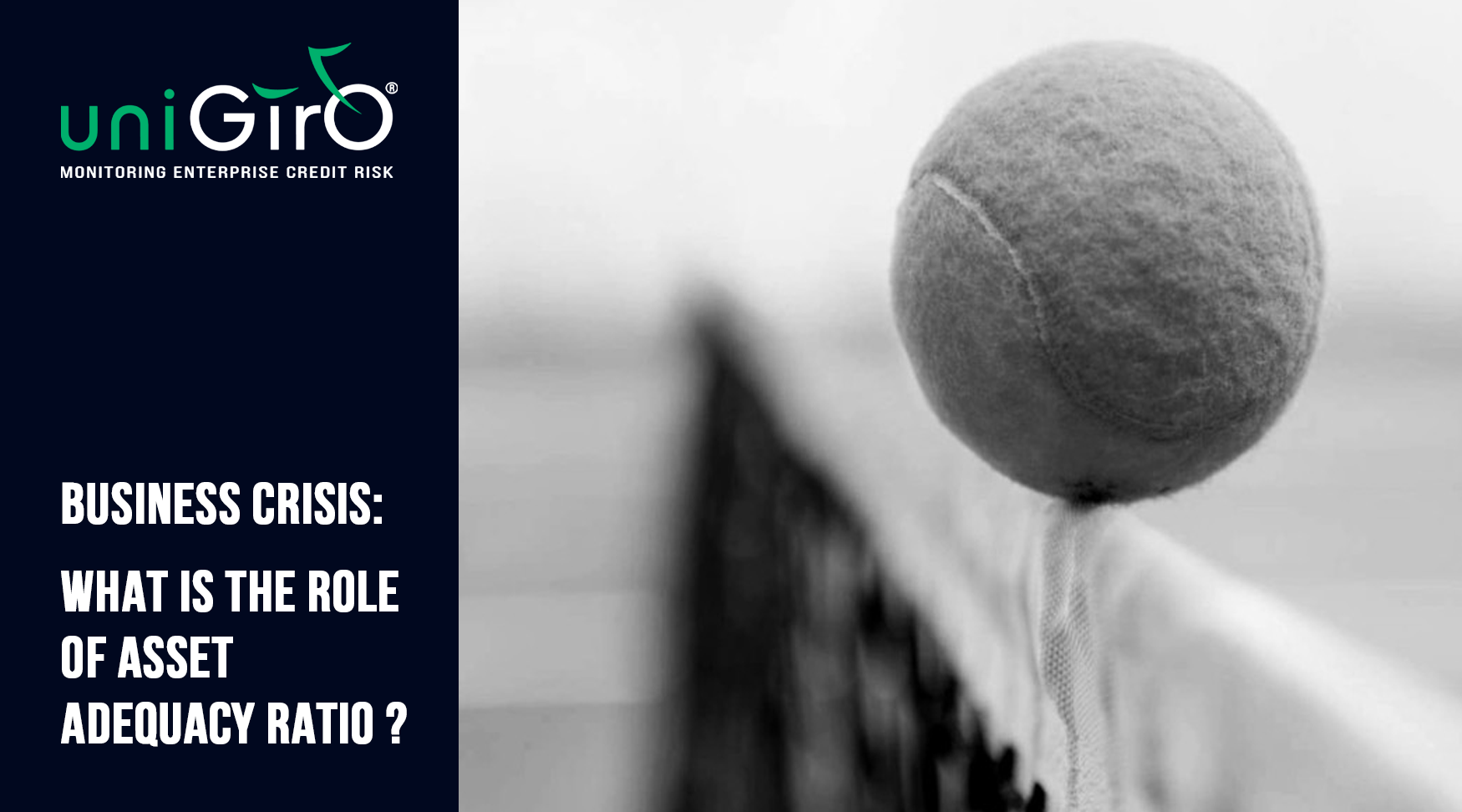 BUSINESS CRISIS: WHAT IS THE ROLE OF ASSET ADEQUACY RATIO ?

Here let's point out about alert indicator on the company's capital adequacy and try to understand why this KPI can be one of the "alert indicators" benchmark to measure whether a company is facing a crisis situation and therefore risks being reported to authorities.

All of the the indicators and related alert thresholds could be used to alert and predict a financial crisis as well as all indicators can be weighted differently according to the sectors of activity in which an enterprises is operating its business activity.

This means that for all enterprises that will have a given sector of activity the same percentage threshold values exist. For example: Retail trade including BARs and Restaurants the capital adequacy alert indicator is 4.2%. This means that a company operating in that sector (regardless of its organizational and dimensional characteristics) and present a percentage value of 4% will present the value below the threshold and therefore, at the behest of the required information, does not comply with the capital adequacy for that sector with the consequent risk of a "possible" report as the other indicators will also have to present the alert situations sought.

What does this "capital adequacy ratio" indicator tell us in reality?  That it is a ratio between two values that can be read from a company's balance sheet under liabilities (capital structure values):

The value of the Adjusted Shareholders' Equity (shareholders' equity - receivables from shareholders - dividends) and the value of Payables (item "Payables" + accrued expenses and deferred income) means first of all that it is a ratio between two values that can be read from a company's balance sheet in the balance sheet among liabilities (balance sheet values).

Speaking of an "alert indicator" for companies, we are going to analyze in detail the impacts on companies that belong or not to the categories of retail trade, including BARs and restaurants, which in our example must have values above the threshold identified in 4.2%.

At this point it is appropriate to argue other valid scientific, accounting and financial considerations in favour of Companies and Entrepreneurs, which are certainly worthy of interest especially in the concept of "capital adequacy".

It is clear that companies can resort to sources of capital of the company structure through the recourse to shareholder financing, especially when there is a willingness to continue the business activity, however, entrepreneurs will find themselves with financial values entered in the company's coffers (current accounts of the company) that are rightly and correctly accounted for under "Payables to shareholders for loans" and that these values are weighed at the denominator of the indicator.

It is clear that companies can resort to sources of capital of the company's shareholders through the recourse to shareholder financing, especially when there is the will to continue the business activity, however, entrepreneurs will find themselves with financial values in the company's cash accounts (current accounts of the company) that are rightly and correctly accounted for under "Payables to shareholders for loans" and that these values are weighed at the denominator of the alert indicator in question (the denominator increases and the value of the ratio decreases).

The "shareholders' loan" is a subordinated debt also legally due to article 2467 of the Italian Civil Code that says "shareholders' loan in favour of the Company is subordinated to the satisfaction of the other creditors" therefore remaining an unsecured credit for the Shareholder, for the purposes of "capital adequacy" it will certainly be considered as "risk capital", however this was not provided for by the body appointed to choose the Indicators of the Crisis.

It is clear that this "warning indicator" has some gaps in view of the level of the Company's actual capital adequacy and effective capital adequacy (and therefore in respect of the company's shareholder structure and the voluntary actions taken by the Shareholders of the Company), Therefore, it is certainly worth paying more attention to the result that companies could obtain if their "shareholders' loans" were properly considered as a debt which, by law, being subordinated to all other creditors, is representative of the "capital adequacy" of the company, which in practice is also considered as a book value similar to risk capital.

We have seen that the indicator of "capital adequacy", it values at the denominator all Payables under item (D) of the liabilities of the Balance Sheet of each Italian company, micro company to large company including the loans paid by the Shareholders to the company "shareholders' loans" considering them as a normal element of debt that is not representative of "capital adequacy", which does not represent the reality of the facts, but is only a purely accounting assumption. This news, in itself, is already an "warning indicator" for Companies and Entrepreneurs who, among the value of the total debts, also see the shareholders' loans to the company accounts, since the value of the denominator of the capital adequacy ratio in question will be lower than an adjustment in favour of the "capital adequacy" information purpose.

On one hand, the ratio that measures the capital adequacy of the company is concerned with the actual risk capital that represents the accounting equity adjusted as described above; on the other hand, however, the capital actually used by the shareholders for the company's activities and the related "limiting" consequences for further shareholder loans are omitted, since such new loans by the company could bring the value of the ratio below the alert threshold.

It is unclear still that, while dividends and receivables still owed by shareholders to the company are appropriately adjusted to book equity, this has not been done for the accounting item "shareholders' loans".

This is why the indicator of "capital adequacy" as described as warning indicator for the Business Crisis could be shifted towards the concept of "real capital adequacy" with the indicator of "effective leverage" which, appropriately considering the real debt exposure of the company, allows to "net" the value that would result to the denominator of "shareholders' loans" for the legal justification of "shareholders' loans" to the company are considered as such in bankruptcy proceedings in the same way as risk capital.

This examination of the "capital adequacy" indicator shows that the item "DEBTS for shareholders' loans" is the only accounting item that is not representative of a "crisis indicator" which is intended to measure the real "capital adequacy" of the company as it does not take into account the accounting and equity elements of the company's shareholder structure and therefore for this purpose we have identified that the best indicator of capital adequacy is the "effective leverage" expressed in the following formula: 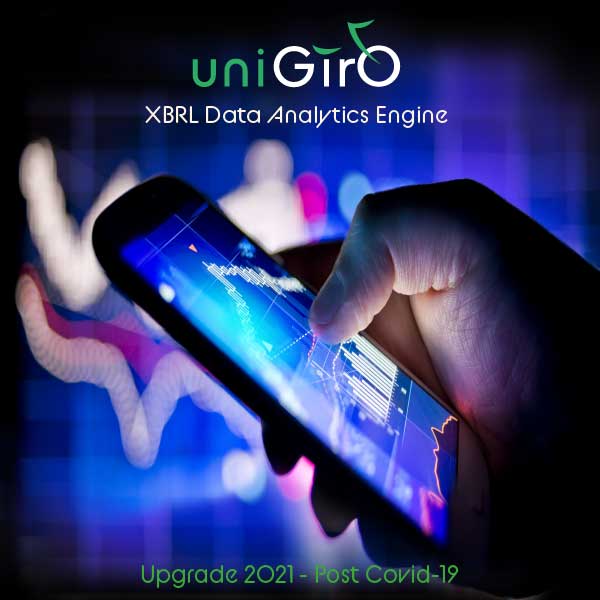 Pay with your Amazon account in a fast and safe way

or secure payments with